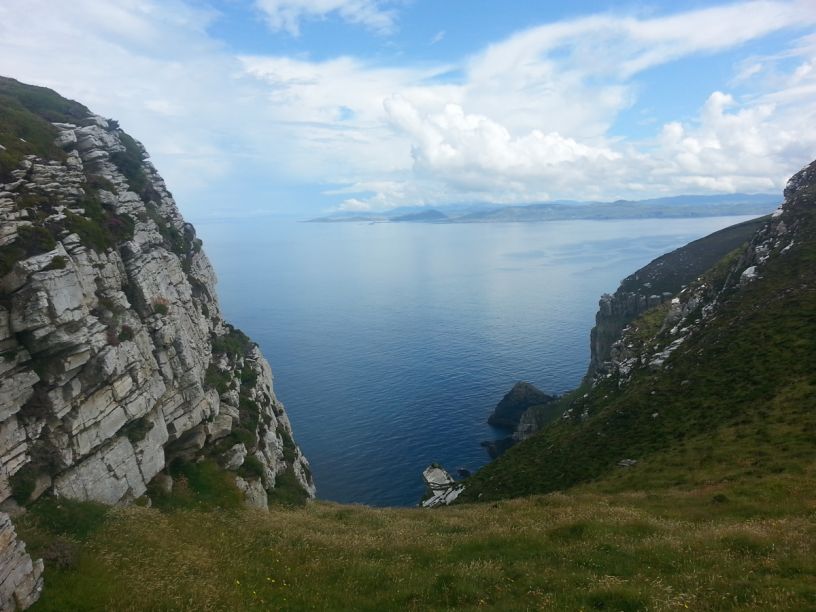 Horn Head is magnificent, an almost two-hundred-metre rock face scored by ledges on which perch countless guillemots and gulls and small numbers of puffins. The best view of the cliffs, sea-stacks and caves is from the water, but the cliff road is vertiginous enough in places to give you a good look down the sheer sides. To get here take the slip road at the western end of DUNFANAGHY village; it descends to skirt the side of a beautiful inlet before rising steeply to go round the east side of the head. A spectacular vista of headlands opens up to the east – Rosguill, Fanad and Inishowen – but none can match the drama of Horn Head’s cliffs, their tops clad in a thin cover of purplish heather.

Alternatively, you can walk from Horn Head Bridge, 800m from Dunfanaghy on the Horn Head road, and head west across the dunes to Tramore Beach. Then follow the sheep track north, passing two small blowholes called the Two Pistols and then a much larger one, McSwyney’s Gun, so called because of the power of the sonic boom produced by the explosion of compressed air from the cavern. Erosion has occurred over the years, however, and you’ll be lucky to hear anything these days. Continuing onwards, you’ll come to Pollaguill Bay and beach. The next wondrous site is the more than twenty-metre high Marble Arch, cut by the sea through the base of Trawbreaga Head. Horn Head itself soon becomes visible as you ascend the next headland.

The walk as far as here takes around three hours from Dunfanaghy and you can either complete the whole circuit of the peninsula or head back by road.

Dunfanaghy (Dún Fionnachaidh, fort of the fair field, Gaelic dún 'fort', fionn 'fair' and achadh 'field'. Dunfanaghy is a small town, former fishing port, and commercial centre in County Donegal, Ireland. It lies on Donegal's North West coast, specifically the west side of Sheephaven Bay, on the N56 road (the West Donegal Coastal Route). Before the Plantation, Dunfanaghy was part of the territory of the McGinley clan, a clan of the Cineál Luidhdheach, a branch of the greater Cineál Chonaill. The McGinley clan, in Gaelic Mag Fhionnghaile, held their territory here under the guardianship of the powerful McSweeney clan.

Just outside the village is a three-mile-long sandy beach known as Killahoey Strand. On 16 June 1942, a Royal Air Force, Ferry Command aircraft landed on a beach near Dunfanaghy, Irish Army archive reports call this 'Hill Strand'. The aircraft was refuelled and the crew of four accommodated nearby overnight. They departed the next day to continue their delivery flight of the aircraft. This event became confused with another aircraft landing in 1943 when, in the early 1990s, an American veteran Harry X Ford made an effort to find the town in which he crashed landed on 10 May 1943. Having visited the town in 1993 it was finally discovered he had not actually landed there but had been on a B-17 Flying Fortress which force landed on a beach at Bundoran on 10 May 1943. Irish Army Archive reports confirm Harry X Ford's presence in Bundoran and not anywhere near Dunfanaghy or Portnablagh. Some sources published around 1993 attribute a landing on 2 May 1943 to have taken place on Killahoey Strand but this is an error confirmed by Irish Army Archives and the archives of the United States Air Force.

West of Dunfanaghy are New Lake and Tramore Strand, a two-mile-long beach. New Lake was formerly a salt water marsh, but during the First World War, over-cutting of the grass on the surrounding sand dunes led to their destabilisation and the movement of the sand to block up the river. As a result, the marsh filled with fresh water and became a lake. The sand also silted up Dunfanaghy harbour. The New Lake became a haven for seabirds and is now a Special Protection Area. Also nearby is Sessiagh Lough, a small lough with a crannog in the middle.

How do you rate this wild Ireland experience?

Tell a Friend Email Us 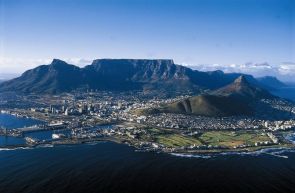